Fact: More than 750 of the 2,700-plus miles of the Road Commission for Oakland County's (RCOC) county roads are not paved and they won't be for years

People call them "dirt," but unpaved roads really are gravel (plus sand and clay).

Gravel roads can cause as much trouble for drivers as they do for RCOC. Drainage problems are common because many of today's gravel roads evolved from trails or cattle paths and were not designed by engineers.

Lower cost brine from Road Commission wells has made the dust-control program self-supporting (RCOC no longer has to buy chloride brine as it once did). To find out if your community pays for road chloriding (many do), call the Department of Customer Services at (877) 858-4804. In non-participating areas, residents can pay to have chloriding performed.

Grading smooths gravel roads. However, it also breaks up the chlorided surface and creates dust, so it is performed about every four to five weeks. A safety concern may mean grading sooner.


Gravel roads can be troublesome in winter. Frozen ground cannot be graded, and snow or ice removal and snow plowing are all more difficult. More gravel can be applied for safety. Sand is spread on curves and corners for traction. Salt cannot be used on gravel roads because it soaks in and will not bond to the gravel surface to make an ice-melting "brine."

Snow plowing is performed on a priority basis similar to paved roads. Check online for more information regarding snow removal.


Paving solves many gravel road problems, but lack of funding prevents RCOC from paving large amounts of gravel roadway. Although more people are moving to rural areas with gravel roads (increasing traffic and maintenance), their roads still serve fewer people than paved roads. Without an increase in funding, pothole patching, winter maintenance, and safety improvements on higher-traffic paved roads will be the priority - and many gravel roads will remain unpaved.

This frustrates some ex-city dwellers. To them "the country" has meant dust, ruts, and being last for road services. They want roads paved (or maintained as if they were).

Others - concerned about more traffic or the loss of trees - oppose paving, even if money is available.


Planners say that gravel roads should be paved when traffic exceeds 500 cars a day (maintenance is more costly and less effective at higher traffic volumes).

However, RCOC simply does not have the revenue to pave most of the gravel roads that should be paved. The agency receives $1.5 million per year in federal funds designated for gravel road paving. It costs, on average, about $2 million to pave a mile of gravel primary road. Consequently, it will be many, many years before most gravel roads in Oakland County are paved.

There are no gravel roads in newer subdivisions. For over 30 years, developers have been required to pave subdivision streets. Some have also paid to pave roads to their developments. 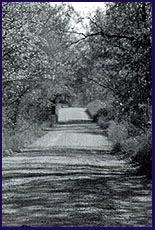 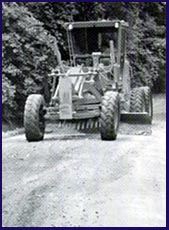